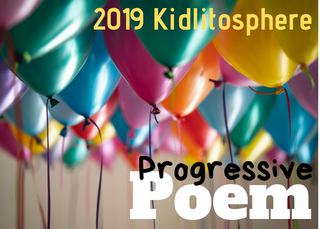 We're a week into March.  Feeling Irish yet?

As I've been reminiscing about our family "ancestral" trip last June and pining for Scotland, I'm fondly remembering our traipsing through Ireland, too!  (We're all ridiculously Irish as well as Scottish, English, Welsh....)We took a day trip from Dublin out to the countryside and Glendalough, covering some of the same ground we did 22 years ago on our first trip to The Emerald Isle, when the kids were wee tykes. In November, I posted a picture of a Fairy Tree from our recent trip, and a Yeats poem, here.

I've come up with a couple of Irish-themed items in my studio, too, also pictured above.  (Here's the bookmark link and the small journal/sketchbook link.)

With St. Patrick's Day inspirations, I steered again toward our good friend William Butler Yeats (1865 - 1939) for today's poem. It blends the real and mythical.  Yeats was so intrigued with the faeirie world, and I wouldn't have been surprised to see something fey on those paths through the Irish woods - they just tremble with green, with life, with magic!

The Song of Wandering Aengus

I went out to the hazel wood,
Because a fire was in my head,
And cut and peeled a hazel wand,
And hooked a berry to a thread;
And when white moths were on the wing,
And moth-like stars were flickering out,
I dropped the berry in a stream
And caught a little silver trout.

Though I am old with wandering
Through hollow lands and hilly lands,
I will find out where she has gone,
And kiss her lips and take her hands;
And walk among long dappled grass,
And pluck till time and times are done,
The silver apples of the moon,
The golden apples of the sun.

Here's a link to the poem at the Academy of American Poets.

And here's a link to a teaching guide from The National Endowment for the Humanities.

William Butler Yeats wrote "The Song of Wandering Aengus" on January 31 sometime in the late 1890s. It was first printed in 1897 under the title "A Mad Song." The current title "The Song of Wandering Aengus" was applied when it was finally published in The Wind Among the Reeds (1899). These early collected poems displayed Yeats's mastery of the lyric form as well as his passion for Celtic mythology and Irish folklore, which were to fuel his poetic genius throughout his career.

Wishing you lyrical language and maybe a faerie intervention as we bound toward Spring.

Be sure to visit our wonderful Catherine at Reading to the Core for Today's Roundup.  She's been long-planning a theme around International Women's Day, which I forgot about, again, until just now checking the Roundup schedule.  (This international woman is still looking for traction in this new year. :0! )

Catherine, THANK YOU, and I am cheering on you and others from the lichen-strewn sidelines!

Somehow I know this poem and yet, I forget it until someone shares it again. It really is magical & his perfect ability to write is special. I'm reading a middle-grade book now that holds some magic though so far it seems a bit sinister. But I kept a line I loved and it fits your poem. "A place where time did not seem to matter, a pocket in the world to crawl into." Fits your picture, too! Hope you're having fun with the art, too!

Hi, Linda - Oh, "a pocket in the world to crawl into..." a magical line in itself! Thanks so much for sharing, and for all the good, green wishes. Love & luck to you!!

Your post made me go look to see how many WB posts I've done (Answer: more than I realized! https://tabathayeatts.blogspot.com/search/label/William%20Butler%20Yeats) I can totally see you wandering hilly lands, Robyn, like your poetic ancestors!

Tabatha - Ha! Well, I'm glad I sent you on a little wandering journey of your own, and I'll wander your Yeats posts, too, this month. Thanks for sharing! :0)

I'm definitely up for some faerie intervention. :) Thank you for the green, Robyn. I love how your family trip (and history) continues to inspire and shape your art! xo

Oh, Irene, I'm sure you wouldn't let any sparkly faerie dewdrops go unnoticed... thanks so much for coming over to play today!

I am now! I LOVE those greens. Would you believe it's snowing here in DC. All our green covered in white again.

What a fun wee visit with you today. That poem is a favorite. I think I wanted to write because of poems like this. Thank you.

I love your journal sketchbook. You are multi-talented! xo

Your bookmark is lovely Robyn, I hope it and the notebook together hook and pull in many towards your shop! Thanks for the fairy poem, one can never have too many of those, especially here in the midwest those bits of green are always welcome!

I once took a class called "Literature of the Irish Renaissance" and was steep in the poetry of Yeats for four months. His early work is magical and I return to it often. I love your wee notebook and charming bookmark! Thank you for sharing, Robyn!

What a gloriously magical poem!

While I have never been to Ireland, I always enjoy travel tales. You put me in the mood to change my decor for St. Payrick’s Day.

Hi, Carol - Yay for green! And, you would come back with so many pictures for your wonderful galleries...:0)