The Slough of The R-Word... 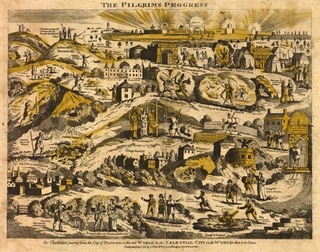 Map of PILGRIM's PROGRESS, Anonymous, Historic Maps Collection, Princeton University.
[We interrupt our currently scheduled July break to say that we don't seem to be able to stay away from Poetry Friday for that long. We are popping in with a wave before mid-August!]

Anyone who’s ever seriously burned to see their work published has dealt with it, the dreaded R-Word: rejection.

But with a quick lick of the wound and a swallow of pride – gulp –, rejection can be a very good teacher. This week I noticed an email from an editor of a haiku journal about my latest submission. Though my work had appeared in it several times, the last time I submitted, no poems were accepted, so I had a bit of trepidation. I elected to open it right there from my phone – the print would be smaller and less intimidating, right?

It was big enough:

“I'm afraid I didn't really feel anything in this batch up to your usual work. …”

Ouch. The editor did offer specific feedback about one poem, which was plagued with a “vague” reference.

I’ve been around the publishing block a few times, so at least I have a seasoned “thought” response that eventually catches up with the initial emotional response to an editorial “No.” [There’s no easy way to get this, by the way, except by actually living through a good bit of rejection along the journey.]

The mind tells the heart: “Um, it’s not personal so you’re going to have to get over yourself a little. Editors are busy folks. When they reply with specific feedback at all, it’s to be considered at the very least, and appreciated when you are ready.”

I’ve had a taste of the editorial side of the computer screen, too, as assistant editor of a children’s haiku publication a few years ago. It’s a humbling and rewarding job, and looks like I need to put that hat back on for my own work a bit more.

On the brighter side, there are three P words I’ve often used in author talks with students: practice, persistence and patience.

When I first discovered real haiku a few years ago, I was hooked and couldn’t get enough. I read book after book and subscribed to the top journals, and read online journals as well. After a year or so of reading and regular writing, I sent off what I thought were my best poems to a few of them. Nothing was accepted.

But there was encouraging feedback from a few editors, so I buckled down and spent a good hunk of the next year reading, reading, writing, and reading haiku. I submitted again. And in almost every batch, a poem or two was accepted. I rolled along with acceptances for the next year or so – my pen was golden! – until, alas, the R word reappeared.

For one journal, after a few publications, I had a whole year’s worth of rejections. Sigh. I took a breather from that one for a little while (with my move & injury thrown in last year for good measure). A few weeks ago, I closed my eyes and hit “send” on a fresh batch of haiku to that publication. To my delight, the editor sent back an acceptance.

I’m really not selling any morals or lessons here, just offering some company along the journey. If you’re edging toward the Publication World’s Slough of Despond, either back up and turn around, or lift that chin up and slog your way on through. You'll find you are not alone, and most of us have a good bit of mud on our shoes.


Who would true Valour see
Let him come hither;
One here will Constant be,
Come Wind, come Weather.
There's no Discouragement,
Shall make him once Relent,
His first avow'd Intent,
To be a Pilgrim.

Who so beset him round,
With dismal Storys,
Do but themselves Confound;
His Strength the more is.
No Lyon can him fright,
He'l with a Gyant Fight,
But he will have a right,
To be a Pilgrim.

Hobgoblin, nor foul Fiend,
Can daunt his Spirit:
He knows, he at the end,
Shall Life Inherit.
Then Fancies fly away,
He'l fear not what men say,
He'l labour Night and Day,
To be a Pilgrim.


Journey forth to the lovely and talented Margaret’s Reflections on the Teche where you are sure to find poetic refreshment and rejuvenation for the quest.
Read More
13 Comments

I like how the pilgrim doesn't let anything daunt his/her spirit -- not lions, giants, hobgoblins or even a foul fiend! Thank you for sharing your journey with us, Robyn. It is a great help to have stalwart company :-)

Always remember, an editor is an individual whose dog may have just died. Keep at it, my friend!

I feel the sadness and defeat between your words. The road of publishing is long and intimidating. I submitted to the same journal a few times because I was accepted and praised until the day I wasn't. I haven't submitted since. That's not the right response, I know. Thanks for your encouraging words today.

Oh, Robyn! I want to take you out for coffee. Or a glass of wine. I learn from your words today as I, too, am dealing with some rejections of work I care about. Big hug to you as you get back in there. The work is what matters... I keep telling myself this! xxooxxoo

Dear Robyn, thanks for sharing your story & the 'undaunted pilgrim" too. It is an inspiring post for those of us who do "aspire". I also appreciate your three P's, something I told students, too. Keep at it, and rewards will happen. Diane's advice about the editor reminds me of a redheaded actress friend who said about auditions that she had to remember that those watching may have just had an argument with a wife who had red hair. Cheers to you for a fine weekend!

Hi, Tabatha! We're all hearty pilgrims, aren't we? Thanks for coming by with your wonderful words and spirit!

Diane, absolutely. And sometimes an editor just has different taste, ant that's fine too. I've found most of the time, though, an editor's feedback is invaluable.

Margaret - thanks for the kind words. I don't wallow for long, promise! It's just a job hazard. I do hope you'll submit again if you have new work to share; sometimes it takes a while to find the right home.

Amy, I'd take a coffee with you anytime! Or wine! :0) I don't often bring up the negative sides of the writing life, but sometimes it's nice to share the challenges as well as the successes. You know I send hugs and vibes for whatever projects you are currently trying to place. XO

Linda! Howdy, and thank you for popping in. Doesn't hurt to remind ourselves to hang in there, no matter where we are in the journey. Great advice from your red-headed actress friend, too! Cheers back and all best wishes as you turn more attention to your own writing in this new season, perhaps? :0)

Hi, Monica - thanks, and thank you for coming by!

"most of us have a good bit of mud on our shoes." I'm happy to belong to the mud shoe gang!

I'm enamored of the word "pilgrim." I like rolling it around on my tongue, thinking about what it means to me. The writing life is most definitely a pilgrimage, full of starts and stops. So happy to share part of the journey with you, Robyn. Keep going! xo

Yep. Got a bit of mud on my shoes this week, too. I'm planning on crashing the coffee party! We'll all be pilgrims together.

Hi, Mary Lee - Ha! Just leave 'em at the door and come on in for coffee.

Irene, of course you are enamored of a word. ;0) Thank you for being one of the bright, dazzling lights on the
journey.

Doraine, got a cup here waiting with your name on it. XO